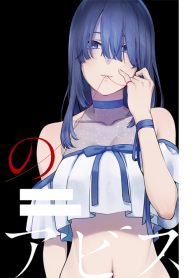 In a town with nothing, in the middle of a daily life with seemingly no signs of change, high schooler Reiji Kurose was “just” living. Family, dreams for the future, childhood friends. All of them were binding him down to that city. He thought he would “just” keep on living like that. Until he met her. Is there hope in living? Is there light waiting ahead? It’s the start of a boy meets girl series which reflects the “now”.